As regular attendees would know, October is the time when we present our War time themed show, to coincide with the North Yorkshire Moors Railway War Weekend.  As you are probably aware, the NYMR have announced that their War time weekend will not be going ahead, due to the current situation involving Russia and the Ukraine.  For the same reason, Pickering Musical Society also consider that it would be inappropriate to stage the traditional War time production at this time.  However, the society has decided as an alternative, to present a show celebrating popular songs from the first half of the 20th Century.

‘Let Yourself Go’ takes us back in time to an era of glamour, nostalgia, laughter and comedy.

Our journey from the early 1900’s brings you the rousing songs of the Music Halls, with its vibrancy, its wit and its singability.   Ultimately, the Music Hall was about having a good time, whether that meant laughing till your sides split, or crying till your boots filled with tears.  The characters of the ‘swell’, the ‘rake’, the ‘toff’ and the ‘stage door Johnny’, all brought to life on the stage of the Music Halls.  So, sit back and enjoy this journey down memory lane, as we kickstart the old darling (Music Hall) back into life again.

The glamour and sentimental times of the 1930’ and 40’s brings a wealth of beautiful, nostalgic and romantic songs from some of the great song writers and composers of the era.   The memorable songs and melodies of ‘The Movies’ and ‘The Musicals’ during these decades provides us with glitz, glamour and romance. And, as they say in the movies, ‘you’ll laugh, you’ll cry’, as you revisit these songs.  And, hopefully, you’ll sing along.

Pls RT - Have you got your tickets yet for a very special night? Book now to avoid disappointment: thelittleboxoffice.com/kirktheatre/ev… #pickering #ryedale #yorkshire #theatre #sylviaallanson 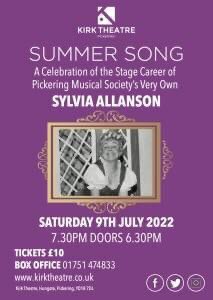 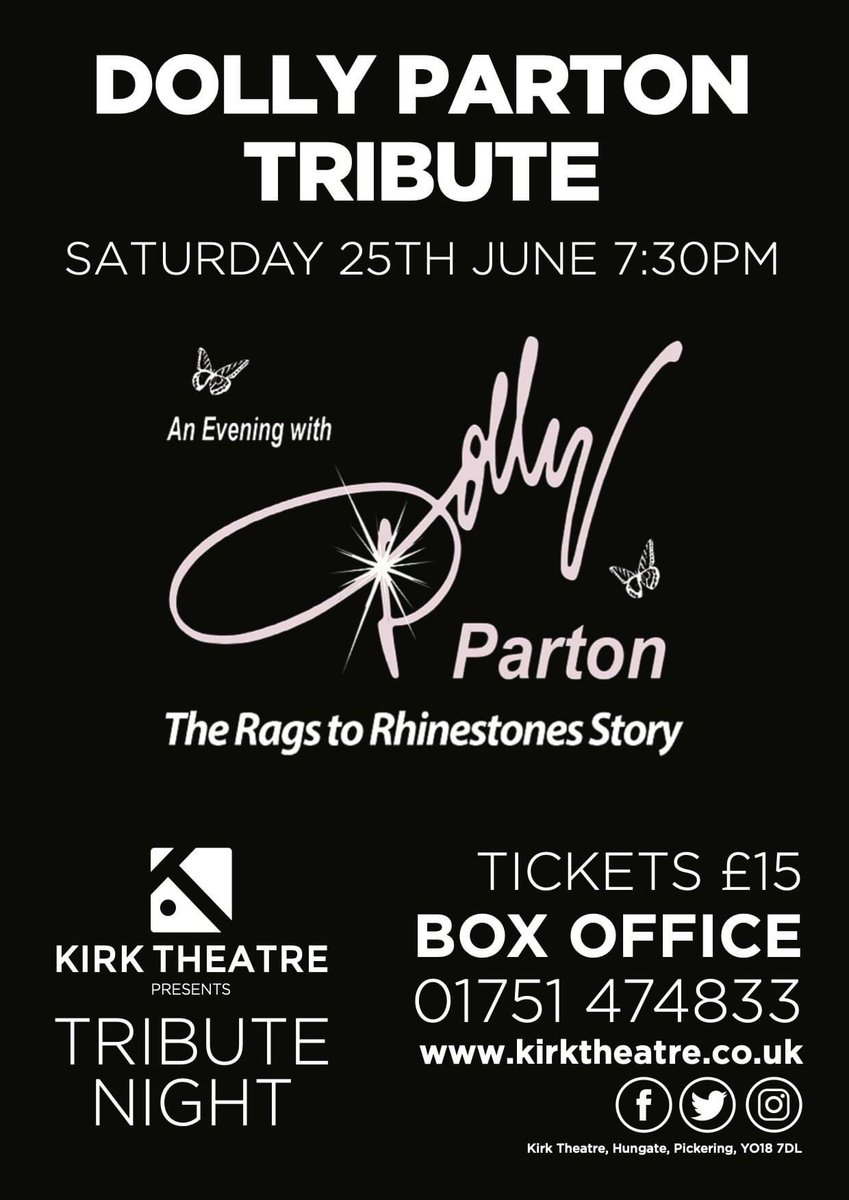 Pls RT Saturday night will be here before you know it, so to get you in the mood, here’s a little bit of #Jolene… Have you got your tickets yet to see a wonderful tribute to ⁦@DollyParton? Get your tickets at the link below: thelittleboxoffice.com/kirktheatre/bo… youtu.be/L0eeSoU35wM23rd June